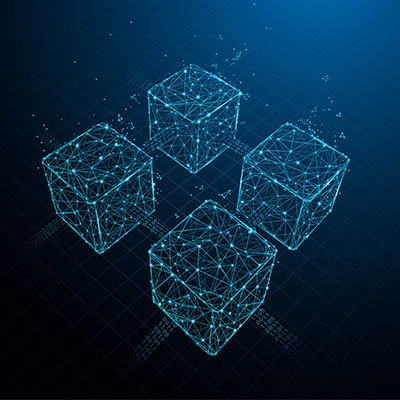 Looking at the Future Impact of Blockchain For the past decade or so, one of the most mentioned emerging technologies is blockchain. It was hailed as the technology that would change everything, but as far as the practical uses that would facilitate that change, blockchain hasn’t seemed to have done much. Today, we thought we would take a closer look at blockchain and why it hasn’t become the world-altering technology a lot of people were expecting.

What is Blockchain Technology?

Blockchain technology is pretty complicated, so why don’t we give you a basic summary. The blockchain is a distributed ledger that is ultra-secure, unalterable, and completely transparent. It uses encryption to provide reliability. So each transaction on the blockchain is its own specific block, regardless if it is simply making an adjustment to information in a previous block. Since this information is stored over several computers and not just centralized, it is nearly impossible to hack without breaking the chain and corrupting the record.

When Will Blockchain Change the World?

It already has, of course. As the technology that makes cryptocurrencies like Bitcoin possible, it already has provided a value to society. Blockchain, however, has been mentioned as one of those technologies that will change the world because it can be used for data security and reliability, an increasingly important aspect considering the number of threats that are out there at the moment.

At this time, there are numerous ways that blockchain technology can be used. Companies big and small are trying to bring to market new and useful pieces of technology using blockchain; they just haven’t accomplished this yet. Why? It’s simple.

The major problem with replacing the technological systems that are used today with blockchain fueled systems is that companies have already invested in innovative solutions. The cost is simply too high to abandon those systems to integrate blockchain-based alternatives. While it has been proven in specialized cases that blockchain technology provides unparalleled data security, reliability, and transparency, it’s simply not cost effective enough for businesses to prioritize at the moment. This should change as blockchain technologies begin to become more cost-effective for businesses to use. For now, however, it’s just not a viable option for many businesses.

Industries that are Using Blockchain

There have been some industries that have rolled out some effective blockchain technology. These include healthcare and finance, but going forward you will see blockchain-fueled systems in the following sectors:

This list is growing rapidly. We’re only years away from blockchain-enhanced systems keeping transactional data safe, regardless of the industry.

What is your opinion? Do you think that blockchain can be a revolutionary technology, or do you think that the laundry list of applications is just conjecture? Leave your thoughts in the comments and check back at our blog regularly.